AWI seeks an end to cruel methods of housing, handling, transporting, and slaughtering farm animals. We promote pasture-based farming systems that allow animals to express natural behaviors, as an alternative to factory farming. 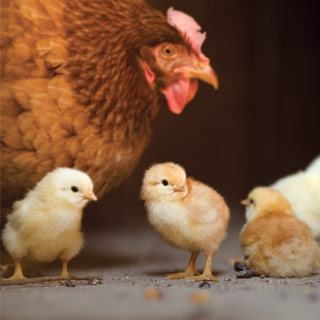 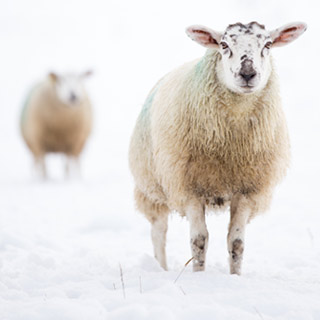 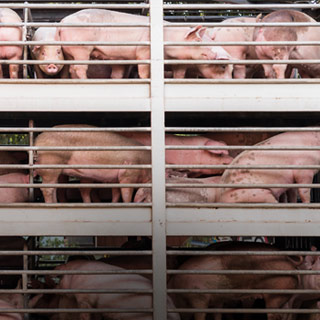 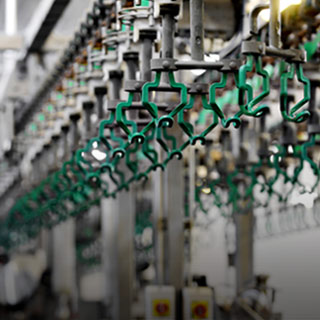 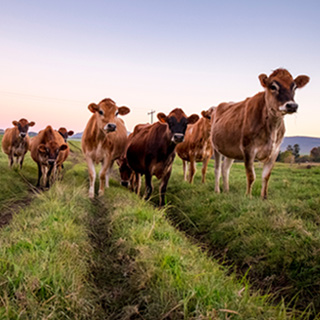 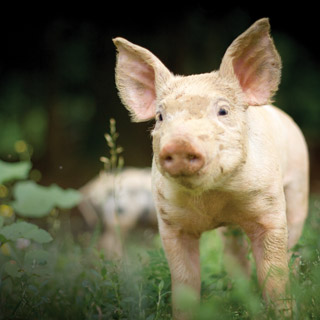 Half a century ago, family farms were prevalent. Animals grazed on pasture, breathing fresh air, and feeling sunshine on their backs. During inclement weather, they were sheltered in straw-bedded barns.

In contrast, the rearing of farm animals today is dominated by industrialized facilities (commonly referred to as “factory farms”) that maximize profits by treating animals not as sentient creatures, but as production units. Raised by the thousands at a single site, animals are confined in such tight quarters that they can scarcely move, let alone behave normally. Such production creates what appear to be "cheap" meat, eggs, and dairy products. But what at the cash register seems inexpensive in fact costs dearly to farm animals, the environment, rural and traditional farming, human health, and food quality and safety.

Over 9 billion chickens, pigs, cattle, turkeys, sheep, goats, ducks, and geese are bred, raised, and killed for food annually in America. Each is a social, feeling individual capable of experiencing pleasure. The vast majority, however, are only familiar with deprivation, fear, and pain.

The life of a farm animal involves breeding, raising, transport, and slaughter. Each phase offers the opportunity for cruelty or compassion. For each aspect of industrial production, alternative methods that are both humane and economical are possible.